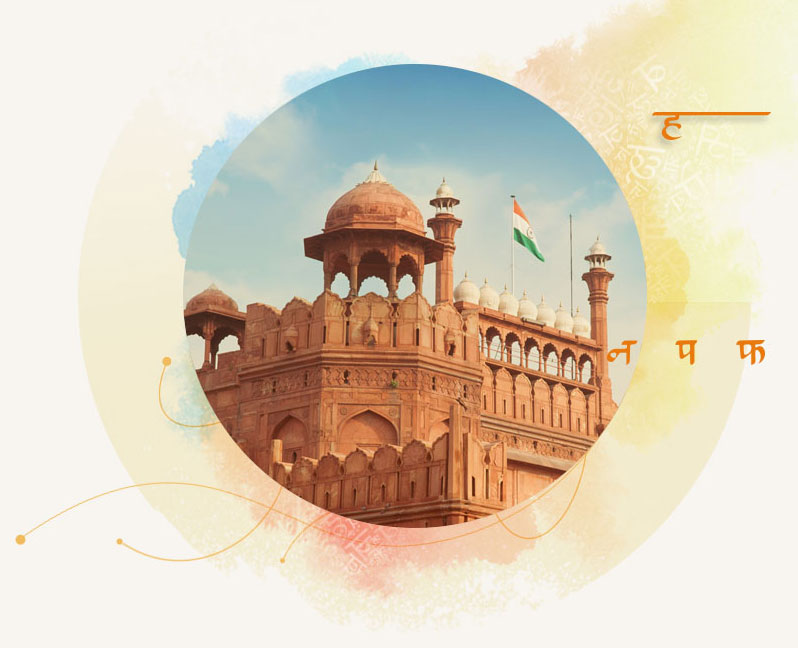 We are, the International Hindi Association (IHA) or Antarashtriya Hindi Samiti, a premier institution of Indian culture & studies, established in 1980 in the United States of America to preserve and promote India’s culture through language and literature among Indians abroad. Hindi education is on the forefront of our agenda. It is to help younger generation learn the culture of India inherent in its literature and beliefs. We publish a widely acclaimed quarterly magazine Vishwa with a worldwide circulation to over 53 countries, and organize annual kavi-sammelans (poetry symposiums), seminars, conferences, and youth-camps with cultural and literary activities. The annual marathon kavi-sammelans around the US and Canada with famous Hindi poets have been the hallmark of our increasing popularity. Past years have seen the likes of Kaka Hathrasi, Atal Bihari Vajpayee, Neeraj, Hullad Muradabadi, Surendra Sharma, Ashok Chakradhar, Som Thakur and Kunwar Bechain, among others. We are a non-religious, non-political, and non-profit lingo-cultural organization with Chapters throughout the United States and abroad. For broader community outreach, we continually collaborate with socially aware organizations, educational institutions, and government bodies. We are happy that you are visiting Hindi.org.

- To have access to Vishwa, our online Hindi literary journal

- To participate in our poetry symposiums, literary conferences, and local events

- To have access to Hindi school camps and online learning tools. By learning Hindi, you will be able to fully embrace the culture of India

Provide civic and cultural
education through quality publications, seminars, and conventions, and to generate interest in the learning of Hindi among younger generation

Hindi, the official language of India, is the world’s second most spoken language – spoken by almost half a billion people throughout the world. Being lingua franca of the people, it is the primary means of expressing modern Indian culture within and outside of India. India’s cultural spectrum, from its rich countryside folk songs, to devotional bhajan songs such as Om Jai Jagdish Hare, to romantic film songs are all expressed through Hindi by hundreds of millions of people all around the world every day. The International Hindi Association, or Antarrashtriya Hindi Samiti, a lingo-cultural organization, was established by the well-known scholar of Hindi, Dr. Professor Kunwar Chandra Prakash Singh on 18 October 1980 in Roselyn, Virginia in USA with the vision to preserve and promote this broad cultural spectrum through the knowledge of Hindi and its literature. The Samiti, having gone through many trials and tribulations of a volunteer organization since then, has matured in a vibrant and well-established lingo-cultural organization. The following is a brief account of the past four decades of the Samiti’s existence and its achievements:

The decade of 1980s was the decade of infancy for the Samiti. A decade full of potentials and challenges. Volunteers hand-printed, binded and personally distributed Samiti’s new quarterly magazine Vishwa, they persuaded friends to join the Samiti for support, financial and otherwise. Kavi Sammelans (poetry symposiums) were organized in various cities of the United States to attract common Hindi-speaking population to the Samiti. One of the first Kavi Sammelan was presided over by Honorable Shri Atal Bihari Vajpayee. It was the hard work and intense volunteerism, which helped shape this small sapling to grow into a large and successful organization spanning over many states of the United States. Hindi education efforts were started in many cities. A legal framework was established to operate the affairs of the Samiti. Samiti’s constitution was framed and accepted by the members. The U.S. government granted it a ‘non-profit’ status. These initial steps were essential for the growth of the Samiti.

1990s were very important times for the Samiti. Kavi Sammelans in various cities, Hindi-education efforts, and regular, annual and later biennial, conventions propelled the Samiti to be the darling of common Hindi loving populace of the United States. Samiti’s life membership increased by several hundred. The Samiti invited famous Hindi poets from India regularly and organized Kavi-Sammelans all across USA, at times twice a year. The annual conventions of the Samiti were also instrumental in getting Samiti’s message to public at large. Hundreds of people got associated with the Samiti by the conventions held in Washington, D.C. in 1991, Rochester in 1992, D.C. in 1993, Houston in 1994, Syracuse in 1995, Cleveland in 1996, and New Jersey in 1997. The Samiti was honored to have the presence of many political and literary luminaries from India and USA during these conventions. This, among others, included Shatrughna Sinha, the famous actor and cabinet minister of the Government of India, in 1997 in New Jersey, and Late Narendra Mohan, Rajya Sabha MP and publisher of famous Indian newspaper Dainik Jagran, in 1992 in Rochester. Hindi education also was on the forefront of Samiti’s agenda during this decade. Many volunteers were inspired to start new Sunday schools by Samiti’s efforts. This effort spanned from Massachusetts in the east to Arizona in the west. Samiti’s quarterly magazine, Vishwa, also flourished and grew in its outfit and content. Many universities and libraries started subscribing it. During the same decade, despite these positive steps, the Samiti had to go through a legal dispute in late 1990s.

The new millennium brought a new vitality to Samiti’s life. New volunteers came forward to help, new resources were arranged. A new awareness about Hindi emerged in the new age of globalization. Keeping pace with times, Samiti winged on this new awareness to fulfill its mission. Emphasis was made that Hindi be accepted as one of the elective foreign languages in the US High schools. The efforts for Hindi education were strong and well-resourced in some places such as Texas, Rhode Island and New Jersey. One of the results of the Samiti’s resilience were that some Sunday schools that were on the brink of closure got a new inspiration - a new life. One of the former Director of Samiti’s Board developed a set of CDs for four-year Hindi teaching based on his long tenure as a Hindi teacher in Texas. Another former Director from Connecticut developed a beginner’s Hindi text cum workbook. On the cultural side, local events such as Hindi Divas, Hindi play, Hindustani and sufi music, and children’s stage shows were sponsored.

The biennial conventions of the Samiti also got bigger and better with the new millennium. The 12th convention held in Boston in 2000 was organized on the theme of ‘Hindi in the New Century: Horizons and Challenges’, 13th in Dallas in 2003 on ‘Teaching of Hindi in North American Universities’, 14th in Washington DC in 2008 on ‘Hindi in Globalization Age’, 15th in Cleveland in 2011 on ‘Hindi Education in Younger Generation’, 16th in Houston in 2013 on ‘Hindi and the Youth’, 17th in Washington DC in 2015 on ‘Hindi Language & Indian Culture’, and the 18th convention in Dallas in 2017 on ‘ Hindi – Definition of Indian Unity’. Again, the Samiti was graced by the presence of many political and literary luminaries from India and USA during these conventions. In 2000 Boston Convention, Vinod Khanna, a luminary of Indian Screen and politics joined US Congressman McGovern of Massachusetts to grace the occasion. This was the first time ever when the parliamentarians of US and India joined to promote Hindi from the same stage. Another Rajya Sabha MP, Kalraj Mishra, honored the 2003 Dallas convention as the chief guest, and Honorable Keshari Nath Tripathi the 2011 Cleveland convention. Whereas Rajya Sabha MP, Uday Pratap Singh, was a special guest poet in 2005 Kavi Sammelan.

In addition, to be in step with the technology, a Web site for the Samiti, www.hindi.org, was developed, regular monthly Board meetings via teleconferencing were instituted in 2003, the electronic version of Samiti’s famous quarterly magazine, Vishwa, was introduced in 2007 along with a worldwide subscriber database. Vishwa was enhanced in its colorful get-up and content, and its production outsourced to India in 2005. The Samiti also produced a weekly radio magazine named Kavitanjali featuring poetry recitals and guest interviews broadcasted live every Sunday from Dallas, Texas which used to be simultaneously streamed worldwide on www.radiosalaamnamaste.com. Samiti’s Constitution and Bylaws were amended to change to a Trustee Model in 2011. A Youth Committee was formed to look after the interests of younger generation, more chapters were inducted, including five in India. The Social media presence was initiated in 2013, StarTalk Hindi Summer Camps were started. These two-week intensive camps provided an opportunity for children to learn a working knowledge of Hindi, by developing their listening, speaking, reading, and writing skills.

These activities put the Samiti on the international lingo-cultural map. As a result, the government of India recognized and awarded several of its members and office bearers for promoting Hindi abroad. Many radio and TV stations in India and US featured the Samiti and its messages. Various national and international Hindi and cultural organizations such as Hindi Sahitya Sabha of Toronto, Canada, UP Samaj of USA, Bharatiya Vidya Bhavan, and various universities joined the Samiti in its efforts, from time to time. These achievements over the last four decades of its existence have proven its resourcefulness and its core strength. The work continues, and the Samiti is confident that it will prove to be a strong force in promoting Hindi, and India’s culture through Hindi, in coming decades too.